As an update to a recent case I had where a firearm was suppressed after a Mapp/Dunaway hearing, the Queens District Attorney’s Office officially dropped all charges against my client.

My client was indicted on Criminal Possession of a Weapon 2nd Degree (PL 265.03), Criminal Possession of a Weapon 3rd Degree (PL 265.02), and Aggravated Unlicensed Operation of a Motor Vehicle (VTL 511). After the firearm was suppressed, the District Attorney was left with no evidence to prove their case. Rather than litigate the matter or appeal the decision, the District Attorney moved to dismiss all charges.

This was a happy result for my client who, before hiring me, was seriously considering pleading guilty to the top count and going to jail for at least three and a half years. 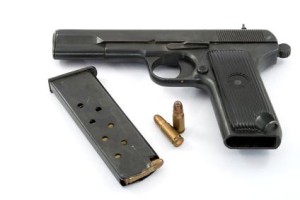 “Mr. Rabah is probably the best criminal lawyer I have ever dealt with. I had a serious criminal case that was set to go through trial for months...I was found not guilty because of Mr. Rabah’s expertise.” Sean, January, 2013, as posted by Avvo.com.