Your Champion in The Courtroom

An attorney is not just your legal representative in the court room. He is your sword, your shield, your chosen champion in a fight for your freedom and your life. In short, an attorney’s job is to fight and win for you. Mahmoud R. Rabah is an attorney who lives by this creed. He will stand by you in your darkest, most desperate hour. He will fight even when victory seems impossible. He will be a partner and advocate for you and no one else.

Mahmoud R. Rabah is a seasoned trial attorney with extensive experience in criminal law and litigation. He has handled thousands of cases and litigated hundreds. His experience covers both federal and state courts. During his years of practice, Mr. Rabah has litigated everything from criminal possession of a controlled substance to domestic violence and arson charges. He has taken on post-conviction appeals and made oral arguments before New York State’s Appellate Divisions. Mr. Rabah’s practice has even handled numerous pre-arrest investigations, forfeiture actions and administrative hearings.

Through years of criminal defense practice and advocacy, Mr. Rabah has developed an intimate familiarity with the various courts and law enforcement agencies in New York. He has appeared in front of numerous judges and dealt with many prosecutors. He is held in the highest regard for his professionalism, reputation, and his tenacious determination in the courtroom.

Mr. Rabah’s prowess lies in his stellar advocacy skills. He has a knack for breaking down his adversary’s case while presenting his side in a convincing and sincere way. He combines a polished presence in the courtroom with arguments that are passionate and eloquent. His style has often won over juries and judges, much to the benefit of his clients.

Mahmoud R. Rabah has built his practice of law on a solid educational background supported by extensive experience. He attended Brooklyn College as a Presidential Scholar, part of a select group of students who ranked among the top of their classes and backed by outstanding credentials. As a Presidential Scholar, he received a full tuition scholarship for four years. He obtained Dean’s List every semester of his studies and was inducted into the Dean’s List Departmental Honor Society. Mr. Rabah was also a member of the Phi Beta Kappa Academic Honor Society and the Golden Key National Honor Society. He graduated magna cum laude.

After college, Mr. Rabah attended Brooklyn Law School. There, he earned distinction and merit by being one of only a handful of students accepted into both the prestigious Brooklyn Law Review and the Moot Court Honor Society. As a member of the Brooklyn Law Review, Mr. Rabah served as a Staff Editor and Articles Editor. Mr. Rabah further distinguished himself in the Moot Court Honor Society by winning first place in the Domenick L. Gabrielli Moot Court Competition in Albany Law School. In addition, Mr. Rabah won awards for outstanding achievement in Legal Writing and the New York Criminal Procedure Workshop. He obtained his Juris Doctorate in 2004. Immediately after graduation and on his first try, Mr. Rabah passed the New York State Bar Exam.

Mr. Rabah has an extensive and varied work background. Prior to law school, Mr. Rabah worked at the law firm of Sirota Kurta Needle and Ptak. During law school, he was a judicial intern with civil court justice Louis B. York and criminal court justice Martin Karopkin. Mr. Rabah held a prestigious summer associate position with Deutsche Bank’s Legal Department. He also was a Student Prosecutor in the United States Attorney’s Office in the Eastern District of New York as part of the Brooklyn Law School Federal Prosecution Clinic.

After law school, Mr. Rabah worked at the Queens Court District Attorney’s Office. For four years, Mr. Rabah worked as lead prosecutor on a variety of criminal cases. He successfully prosecuted hundreds of single and multi-defendant cases such as attempted murders, robberies, burglaries, economic crimes, violent assaults, stolen property cases, drug offenses, vehicular crimes like DUIs and reckless driving, and counterfeit fraud. In fact, Mr. Rabah was among the first of his class to be promoted to a specialized bureau with a felony caseload, and he spent most of his career at the District Attorney’s Office prosecuting serious felonies. During his career as a prosecutor, Mr. Rabah also supervised police lineups, assisted in police and postal inspector investigations, and visited and investigated many crime scenes.

Prior to his departure from the District Attorney’s Office, Mr. Rabah periodically supervised paralegals and Assistant District Attorneys in the initial investigation and write-ups of felony and misdemeanor complains, as well as supervision of arraignment of both felony and misdemeanor cases. He also participated in the Star-Track Educational Program where he lectured and taught children in public schools about the consequences of criminal action.

Criminal Defense You Can Rely On

Mr. Rabah strives to obtain nothing but success for his clients. He gives each case the attention and care that you and your loved ones deserve. Mr. Rabah has taken many types of cases to trial and has never, ever disappointed his clients. He will work hard to obtain victory for you or your loved ones and ensure that your rights are protected each and every step of the way.

“I have recommended him to everyone I have met...knows how to handle a case, keeps you on point, and when he speaks in court, they listen.” Vasile,
April 2014, as posted on Avvo.com. 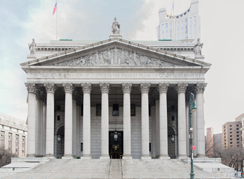